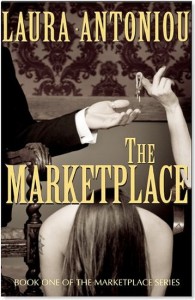 Erotica Revealed (November 2010): “This is the kind of virtual world that has the same enduring appeal as those of the best fantasy novels.” 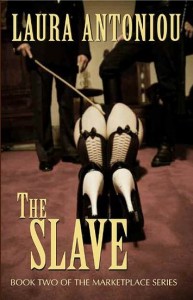 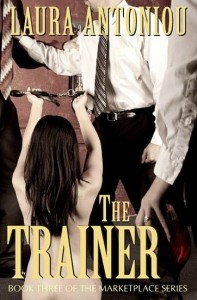 Libido: “With her creation of the fictitious Marketplace, an elite and secretive world organizations, dedicated to the auctioning and overseeing of the world’s finest lifestyle slaves, Antoniou has achieved a feat of which few writers are capable: she has constructed a world so vivid in sequel after sequel, it takes on a reality of its own, one that’s visually hard to let go of once the reader has put down the book.”

Girlfriends: “If you haven’t read the . . . Marketplace series, you have been missing out on some of the best S/M erotica around.” “(Antoniou) gives her characters an incredible depth and provides them with unique individual voices. I believe in them. In fact, I expect to run into them on the street.”

On Our Backs: “Antoniou’s writing is full of vividly drawn pansexual characters, quick-witted dialogue, real suspense, and scenarios so intense, colorful, and detailed, you’d swear she was really there. If you’re into SM, you’ll want to be there too.” 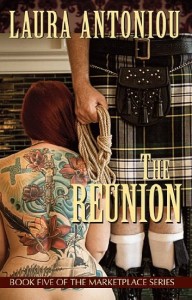 Kate Bornstein: “Laura Antoniou . . . elevates the genre of SM erotica, surpassing both Anne Rice and Pat Califia in storyline, character development, passion and humor. The tales ring true, the dialogue achingly real, and the sex is as hot as you’d ever hope for. For the novice SM player, the well-seasoned old timer, and the simply curious alike, these books are the next best thing to being there.”